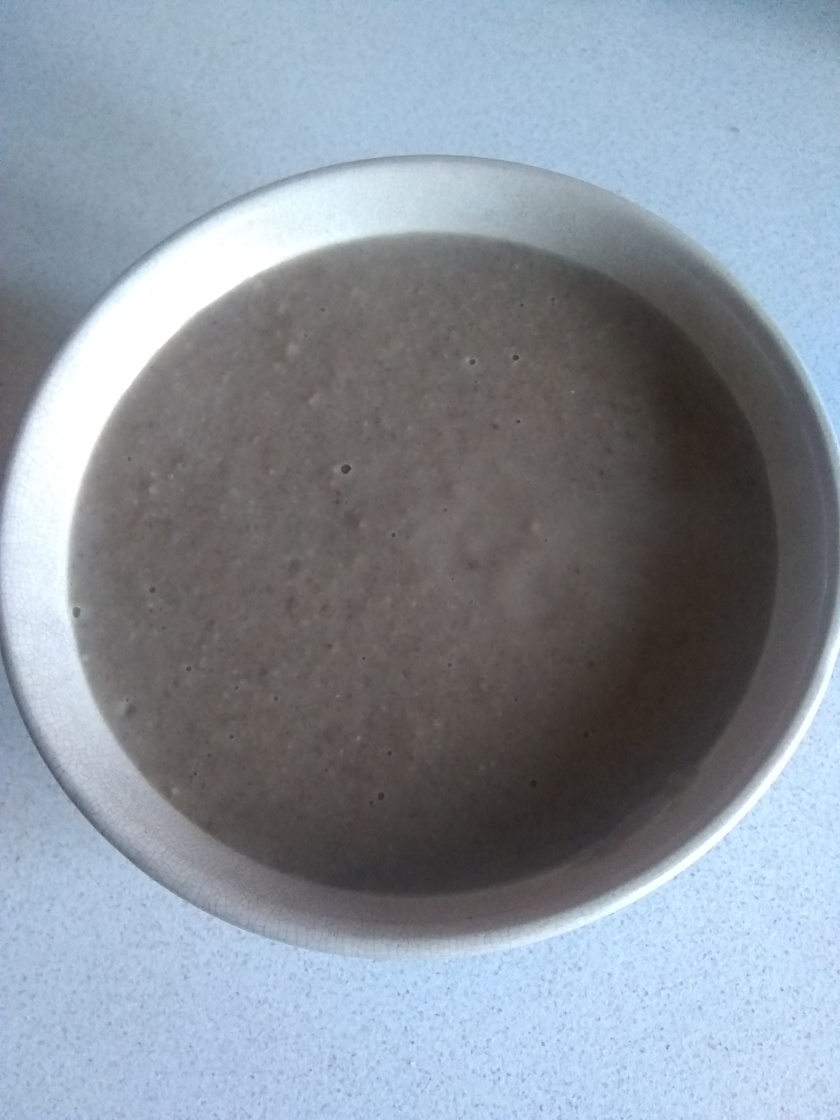 It is no secret a good mushroom soup needs a generous swirl of cream, leaving you scraping the bowl and licking your lips. But what if the reason for choosing soup is to watch the calories. What then?

One ingredient that gives the soup a creamy consistency and doesn’t leave a guilty after taste is a handful of rice, added to the pot and left to simmer for ten minutes to soften and release its starch.

Put dried mushrooms in a bowl and fill with cold water to hydrate. Peel and slice the onion, garlic, mushrooms, and chop the walnuts.

Heat the olive oil in a large saucepan and add the onion, fry on a medium heat until softened and opaque, but not brown. Add the mushrooms and garlic, stir until mushrooms begin to release their water. Add the walnuts, dried mushrooms with their liquid, and the stock. Bring to the boil, and sprinkle in the handful of rice, simmer for ten minutes until the rice and walnuts have softened.

Blend the soup and add a dash of milk. Season to taste and serve with bread.

Warm and tasty, with no guilt attached.